As we had tied up again without shore power we had to turn the engine on to make electricity. Dave did so at 7:10 and within 30 minutes the water was warm. Not quite hot enough for me but better than cold.

Given that it was raining we decided to forego the visit to the fish farm (Pisciculture De Crisenon) which was a pity. At 9:25 we headed for the first lock, which was open. When I went to cast off I noticed the gang plank had been stolen. The écluses des Dames bistro was not open so we could not buy any local produce. 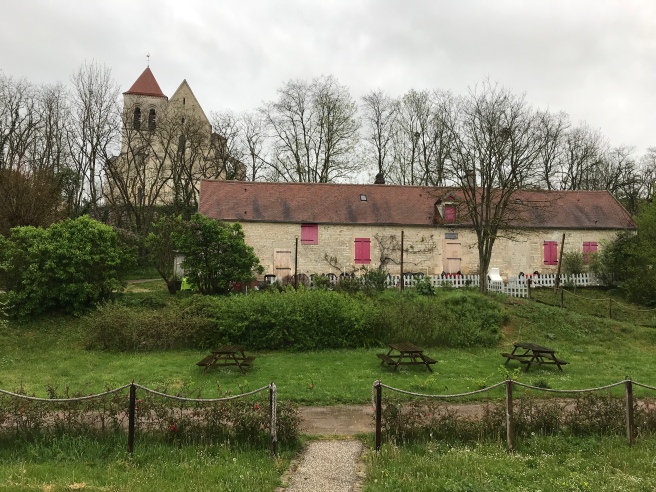 The lock keeper arrived shortly after this and we were quickly through the lock. There are plenty of low bridges along this section so the canopy was up and down a lot. The next two locks were open and the lock keeper there. As we are alone we were quick through them. We passed the guard lock and tied up at Mailly-la-Ville at 10:45 which would have been a better over night stop as there are services at the moorings.

We got rid of the rubbish, had a coffee break and moved the barge to tie up closer to the grocery store. As we did so the lock keeper arrived and so we went up and left the barge tied up in the lock to go to Le Petit Marché to buy lunch at 11:40. This meant we got to the next lock at 12:01. They had left it open for us over their lunch time.

We relaxed and had lunch ourselves and while I was wiping down the windows I found the hosepipe adapters. The lock keeper arrived at 13:05 and started filling the lock without us. He was so relaxed and clearly has been doing his job for years. He took us through all the rest of the locks for the day which was a pleasure. The next guard lock is very narrow and the canal quite shallow. After the 6th lock there was a very narrow causeway and then the Suissois rocks. 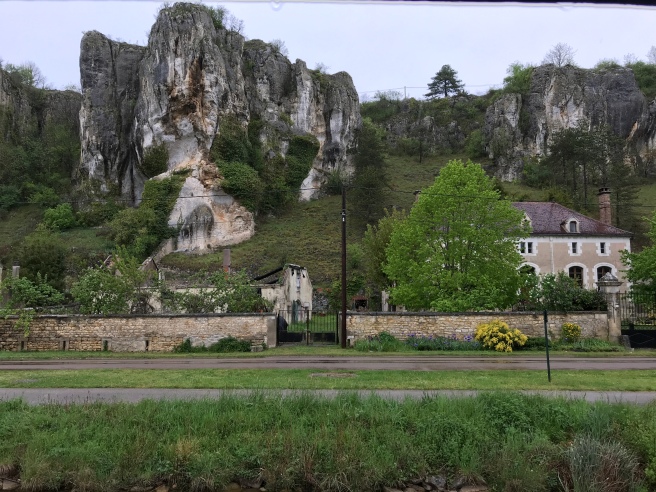 After the 9th lock for the day we tied up at Châtel-Censoir. Dave and Eric went to pay the mooring fees (€11 for water, electricity, wifi and showers). It had rained most of the day and my jacket was drenched. But at 15:15 when we tied up it had stopped raining. We dried off and had hot chocolate and then Dave, Bev and I walked up the the centre of town. 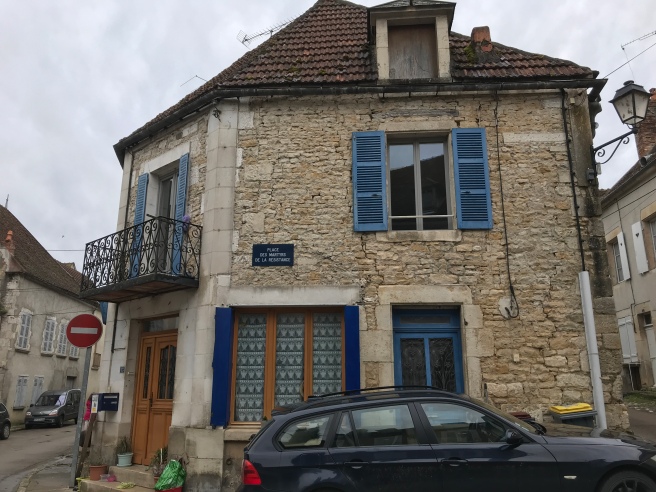 We left Dave at the pub after he called Eric to come join him while Bev and I did some grocery shopping and went to the bakery to buy Far Breton for dessert. We then left the shopping with Dave and walked up to St. Potentien Collegiate Church. 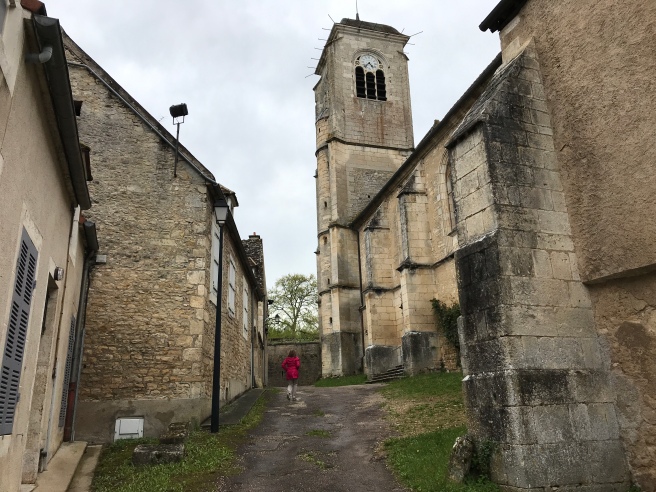 This was really worth the climb. After that we joined Eric and Dave with two of our barge neighbours for a drink.

We were back on the barge at 17:55 and you can clearly hear the beautiful Church bells from where we are moored.

It started raining again just after we got on so our timing was good. Dave made bruschetta which we enjoyed inside tonight.

After supper we played canasta and ended up having a late night. Despite the rain I managed 11826 steps but only 6km.