We checked out at 9:50 and Dave was charged €55 City Tax. I am so sure they got that wrong! It was 4 Deg C when we left and the warmest it got all day was 10 Deg C. Our first stop was Giverny.

We arrived in the rain and it was packed with tourists. After a short walk around we went shopping in Vernon, stopping for coffee first at a rasta bar. We then drove along the Seine and had lunch in Mantes-La-Jolie. 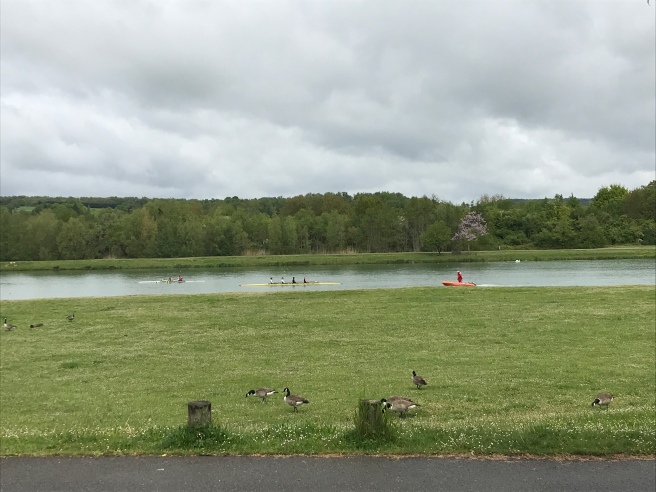 From there we went to Versailles and the queues everywhere were ridiculous. Even more so that it hailed and people stood in them, waiting. 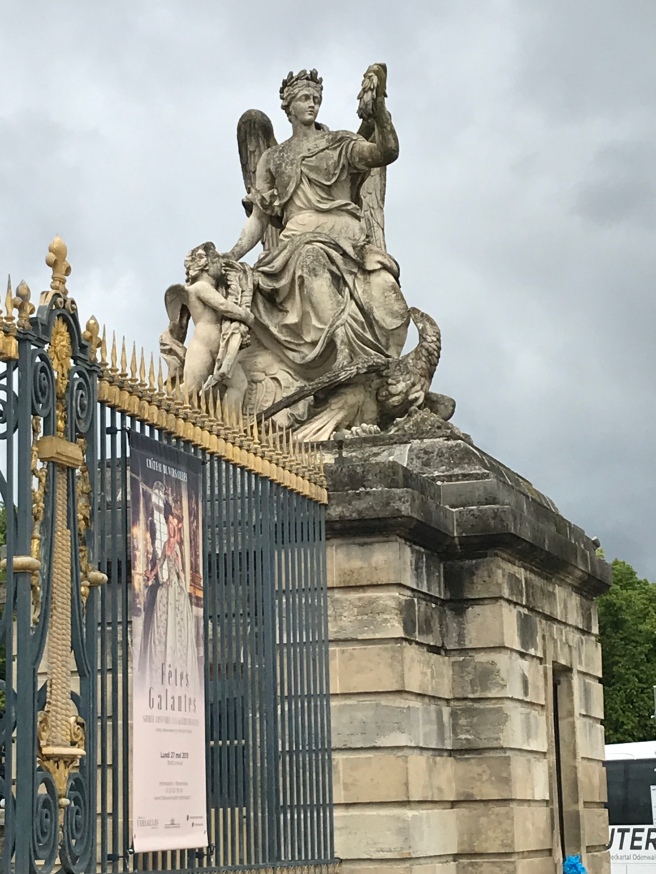 We decided to have coffee and walked into town to find somewhere open and warm. And then walked up a short alley where we found a kitchen shop selling something I had been looking for. The walk back to the car was not pleasant in the hail, and we were both drenched by the time we got back. From there we headed back to Charles De Gaulle. We put petrol in the car (€50.20 for 30.46l) and dropped it off at Europcar at 15:45. We then went to check in to the hotel and at 16:30 we were in the bar enjoying a Grimbergen Blonde. After that we sorted out our suitcases and took them back to the airport for early check in. This meant we had one less thing to worry about in the morning, and it gave us late boarding and a 10% discount on duty free spend on board. We went back to the room and relaxed before going downstairs for supper. Step wise it was a good day, 13557 steps and 7.31km. We got an average night’s sleep and woke up earlier than planned. We had a very nice breakfast buffet and left the hotel at 8am. We were in the security queue 15 minutes later and by 8:30 we were through and on our way. We stopped at Ladurée for macarons and then got into the queue for passport control at just the wrong time. It took us 35 minutes to get through it and then we had a long walk to board the plane. We were on board the Airbus A340 at 9:42, ready to fly home. We took off at 10:20 over Paris. Lunch was served at 11:10 which was very early. There is very little to do on a day time flight other than read something, watch something or play something. I chose to read a book and Dave played games. Just after 17:00 we were served ice cream so afternoon tea was a macaron each and a glacé. We had tortellini for supper with a glass of champagne. The dessert was not special so we enjoyed another macarons after our meal. We landed half an hour early and by 22:05 we were in the car and on our way home.

I am passionate about using regional, seasonable and sustainable produce when I cook. I live in the picturesque fishing village of Gordons Bay with my husband and dogs. Dave and I visit new places on a regular basis to experience the food and culture of the area. View all posts by Tandy | Lavender and Lime